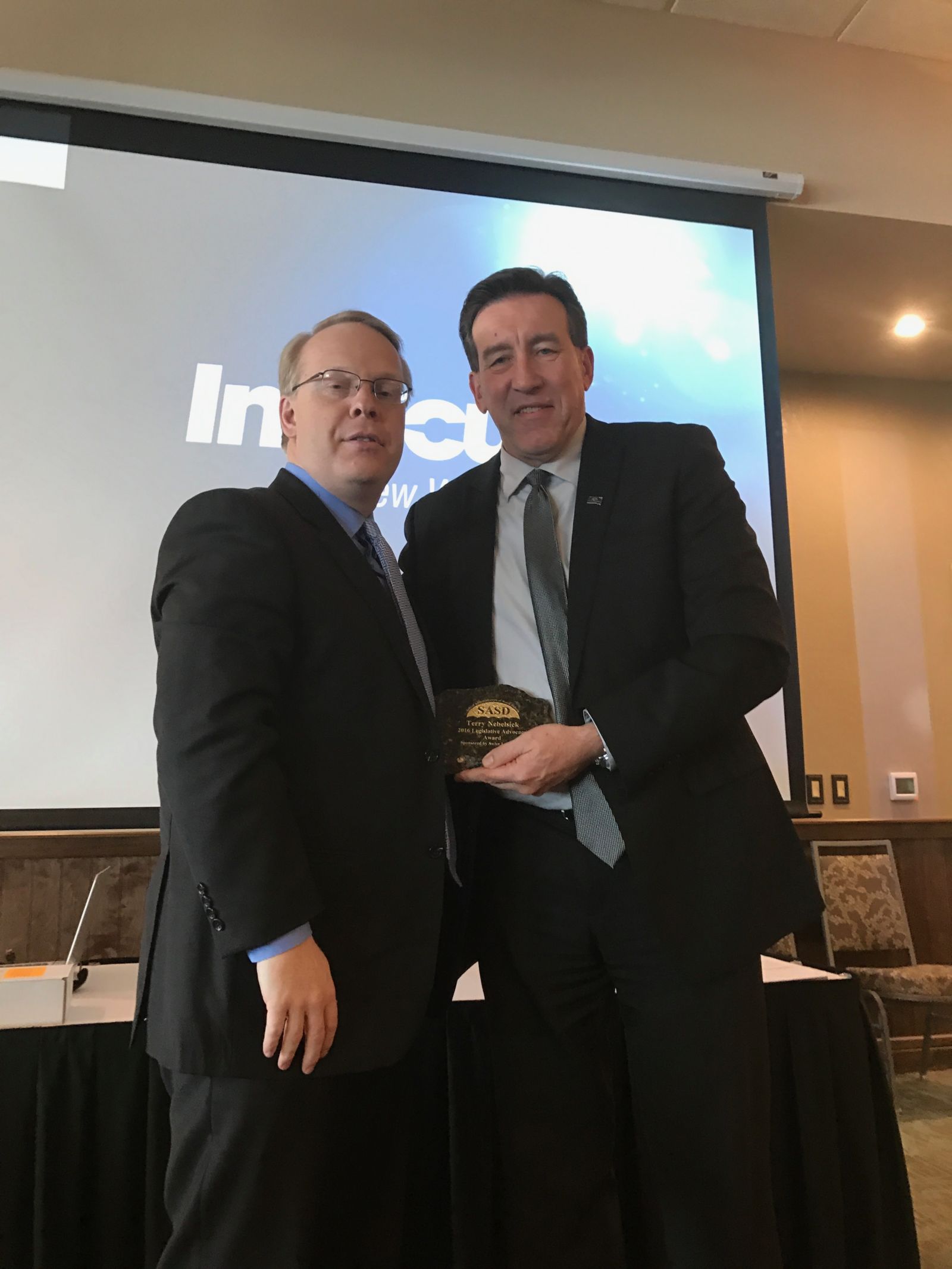 Superintendent Nebelsick earned his Bachelor's Degree from Dakota Wesleyan University and his Master of Arts and Education Specialist Degrees from the University of South Dakota.

"Swier Law Firm is honored to join with the SASD to sponsor the Legislative Leadership Award and to recognize Superintendent Terry Nebelsick's achievements, which have made a lasting impact on public education in South Dakota," said Scott Swier. "Superintendent Nebelsick's commitment to educational excellence is a model for all school administrators in South Dakota and his commitment is reflected in his dedication to making a difference in the lives of South Dakota's students."

Swier Law Firm serves as legal counsel for school districts throughout the state and for the School Administrators of South Dakota and its membership. SASD is an educational association comprised of over 800 school administrators (Superintendents, Business Managers, Principals, Special Education Directors, and Curriculum Directors) throughout South Dakota.