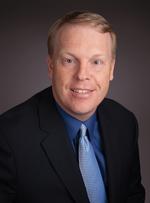 Scott is an adjunct professor at the University of South Dakota School of Law where he teaches the popular "Education and the Law" course. He is also the author of numerous legal publications on the topics of school law, estate planning, civil litigation, scientific evidence, and business law. Scott's book, The South Dakota School Law Deskbook™, is considered the premier resource for every school administrator, school board member, and school attorney in the state.

Ken
I live in Cairo Egypt, so when my exwife and I decided to get a divorce, I had not idea how difficult this would be The exwife left me with the task, but thankfully I found Scott Swier. I’ll never be able to thank Scott and his firm enough for being so dedicate and patient. I can now move on in my life. So appreciative to the Scott Swier firm.
Written by: Ken
Swier Law Firm
Date published: 05/09/2017
5 / 5 stars
Cassie
Scott listened to everything we had to tell him and took it very seriously. His connections and personality are admirable. He is very personable and cares about your well being. I can’t thank him enough for everything.
Written by: Cassie
Swier Law Firm
Date published: 06/16/2017
5 / 5 stars
Michael M.
This was my first experience with a law firm of any kind. I had a bad night, and the next morning walked into Scott’s office in need of a lawyer. Thank goodness I did. From our first discussion and throughout the following weeks, not only did he put my mind at ease, but maintained contact constantly, which was extremely helpful. Everyone I dealt with was kind, patient and understanding. I also could not be happier with our outcome, and would highly and gladly recommend Scott, Brook, and everyone else at Swier Law Firm.
Written by: Michael M..
Swier Law Firm
Date published: 11/11/2018
5 / 5 stars
Overall rating: ★★★★★5 based on 1 reviews